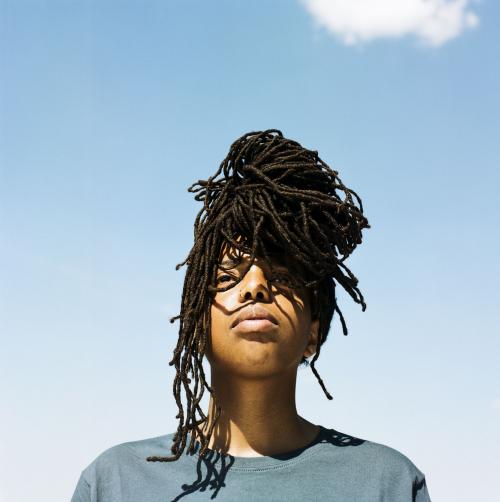 Mali Larrington-Nelson AKA Shy One lives and breathes the eclecticism and diversity of her DJ sets and productions. Having started off DJing on pirate radio at 13 years old, Shy One has been exposed to and influenced by the full spectrum of sounds her hometown of London has birthed and nurtured over the years. As with many teenage Londoners at the time, grime and the wider family of indigenous London club music was what gave Shy One the passion to pursue music as more than a pastime. Obsessively collecting white labels by some of her local production heroes quickly developed into obsessively making beats in Fruity Loops for a plethora of different crews and MCs bubbling up in Harrow, the North West London borough she grew up in. Undeterred by those in the scene who called her beats “weird” or “different”, Shy One ploughed on carving out her own sound which eventually caught the ear of Scratcha DVA, who went on to release the Decaffeinated Love EP and her debut LP, Bedknobs and Boomkicks, on his now renowned DVA Music imprint.