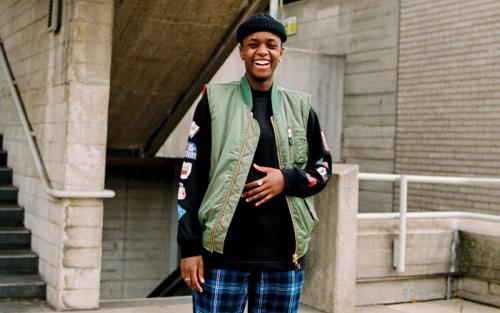 From a young age, SHERELLE has always had an affinity for all things Left Field bass with artists like 4 Hero, Machinedrum and importantly DJ Rashad being her entry point into the world of DJing. With a focus on Footwork, Juke, Jungle and 160, she has a regular bi-weekly show on Reprezent Radio showcasing club music around the world, Guests have included Novelist, Jessy Lanza, DJ Fulltono, UNIIQU3, and Sinistarr. Her show is regarded by DJ Mag has “a rarity and one that should be protected at all costs”.

SHERELLE has supported musical heavyweights like Kode9, Dillinja, DJ Paypal, TASO and french house legends like DJ Falcon, Crookers, and FEADZ. In 2017 she supported The Prodigy alongside MELE on their last leg of their sold-out night at the O2 Brixton Academy and has recently come back from completing a tour in Spain playing for Off-Sonar as a part of the Life & Death Festival.

SHERELLE has made guest appearances on BBC Radio 1 and 1Xtra for Annie Nightingale’s show and had guest mix coverage from the likes of Resident Advisor, DJ Mag, Trench Magazine and Dummy Mag. She is regarded has a “…on-the-ball selector [and] passionate about music”.

She has also featured in Fact Magazine’s 7 must-hear mixes from April 2018 alongside notable names like Nightwave and Object Blue, and made appearances on Just Jam & Keep Hush.

In 2019, SHERELLE exploded into the public eye with one of the most culturally lauded Boiler Room performances in history, propelling the young DJ to the heights that she so thoroughly deserves.

Shortly after, SHERELLE was featured on the esteemed Dazed100, demonstrating just how much of an impact she has had in such a short space of time.