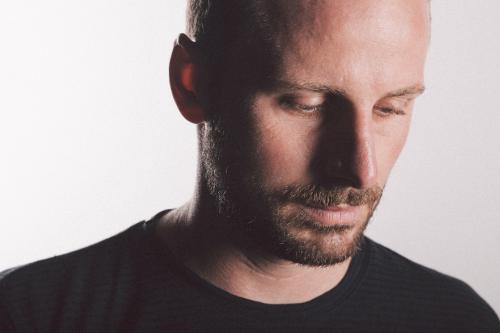 Through his productions, DJ sets and record labels, Midland's output comes across as unassuming and surprising in equal measure, at once subtle, refined and totally raucous.

Midland's production style has nimbly evolved from one record to the next. His strippedback, garage flavoured house collaboration with Ramadanman (Pearson Sound) on Aus Music in 2010 was followed by ‘Bring Joy’ on More Music, before joining forces with Pariah for a scuffed-up techno EP on Karenn’s Works The Long Nights label. This dark turn continued on what may have been his breakthrough track, “Trace”, a warped afterhours tune that seemed to emanate from the deepest corners of the subconscious.

In 2013 he launched his label, Graded, with the double A-side of “Archive 01” and “Realtime”, both of which became seminal tracks on dance floors around the world that year. In the years after the launch, Midland released his “Drumtrak” and “Blush” EPs on Graded, followed by 2 releases from Solitary Dancer. In 2016, his EP “Double Feature” was released on his newly-launched ReGraded imprint, also home to Hubie Davison's “Sanctified”, Gerd & Shan’s ‘Surrender’ and his own ‘Final Credits’, which was named Mixmag’s song of the year for 2016. In 2018, Midland launched another sub label entitled Intergraded. Focusing on releasing music from new artists & aliases, the label has had an impressive start, releasing music from the likes of Peach, Tracey and more.

For all of these efforts he has received a steady stream of accolades, but it’s possible he’s made his biggest impact with the other side of his craft: DJing. Delivering his kaleidoscopic taste with a mixing technique that nods as much to his British lineage as it does to a smoother European style, he has distinguished himself with sets as classy as they are utterly party rocking. Late at night and early in the morning, aboard boat parties on the Adriatic or on the carpeted dance floor at Freerotation, via regular slots at Berlin’s Panorama Bar, Amsterdam’s Dekmantel Festival, Glastonbury’s NYC Downlow and London’s Fabric or any of his “all night long” sets, he's given countless unforgettable moments to innumerable people.

The only takeaway from these accolades is that Midland is a man still very much exploring and honing his craft, and one of the key reasons that his ascent has never felt forced or manufactured.