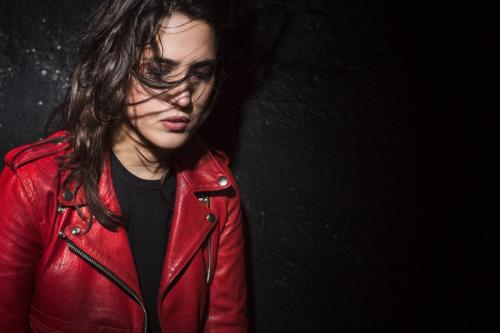 Helena Hauff is a DJ and producer from Hamburg, Germany, where she runs a club night called Birds and Other Instruments at the Golden Pudel Club. Helena’s sound as a DJ can’t be nailed down as she cuts between genres with ease. Dirty Acid, Chicago, Electro and Wave mixed in an obsessive way, as you can hear on Blackest Ever Black’s sub label Krokodilo Tapes, where she released a limited edition mix tape, ‘Obscure Object’.

As a producer this obsessive nature comes across in the intensity of her music. This can be seen in her releases that have been on Actress’s Werkdiscs imprint, and Bunker offshoot, Panzerkreuz. In addition, she is half of ‘Black Sites’ along with F#X, who have also seen a release on Panzerkreuz as well as PAN