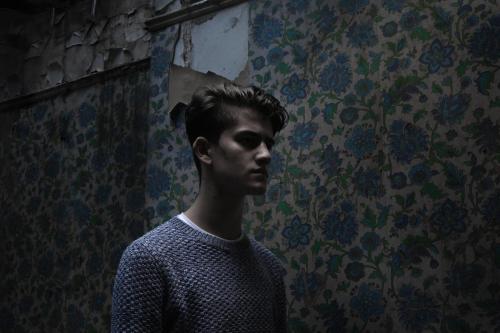 In 2012 a 14-year-old Samir Alikhanizadeh AKA Happa started uploading his take on UK Bass & Techno to SoundCloud. He quickly won the praises of tastemakers including Loefah, Skream, Annie Mac, and Ben UFO. The same year he remixed Vondelpark (R&S) and Four Tet (Text) whilst beginning to mix exclusive sets for Mary Anne Hobbs XFM show and Mixmag's ‘Mix of the week’. A lot to happen for a 15-year-old. His first 12″ release came on underground London label CHURCH which won more support. 2013 saw some special releases from Happa come out on Boomkat and part of Bleep’s Green Series, which young Samir displayed his direction moving towards the tougher techno side of electronic music. His DJ career has seen him play at some of the most prestigious venues and festivals around Europe including; Bestival, Glastonbury, Dimensions Outlook, ADE, Warehouse Project, Golden Pudel, Sonar and Trouw to name a few. ”

In 2015 his own label ‘Part Five Records’ was born along with his critically acclaimed ‘PT1 EP’ which displayed a qualitative axis shift for Happa; his aptitude at marrying pounding beats with dark, ominous landscapes was sharpened to a knife edge, his way around a foreboding bass has become laser like. In 2016 ‘PT2’ arrived and suggesting if PT 1 was the product of a young artist refining his sound, PT 2 is the bass-heavy, hypnotic call to arms of an artist with enough raw talent and perseverance to create something truly astounding.