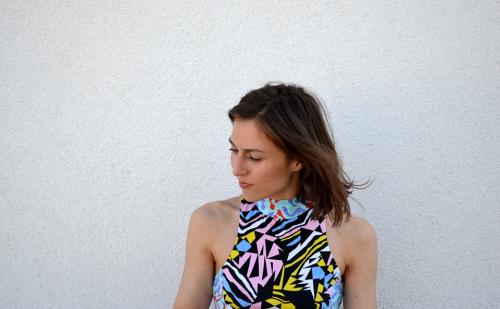 Marina Rubinstein loves to DJ, but even when she’s perched in the booth, weaving together a invigorating assortment of hypnotic acid, ’90s rave and pumping techno, her mind is on the dancefloor. After all, it was on dancefloor that this Russian-born, Israeli-reared artist fell in love with techno in the first place. Long before she started playing records and adopted the Dr. Rubinstein moniker, she was a self-declared “true raver” in Tel Aviv, and it was during those long nights of partying that she eventually came to see dancing as a kind of meditation. “When the music is right,” she explains, “you can free your mind and just dance without thinking of anything. For me, it’s the best feeling in life, something that brings absolute happiness.”

That “special feeling,” as she describes it, is something Rubinstein is constantly seeking, not just for herself, but also for those who come to see her play. While her ceaselessly cheery personality certainly goes a long way in this effort, it’s her adventurous spirit – not to mention her unabashed love of all things acid – that truly sets her apart as a DJ. Now based in Berlin, she’s become a regular at places like ://about blank and Berghain, but her talents have increasingly taken her around Europe and the globe to spin alongside a wide array of techno luminaries.