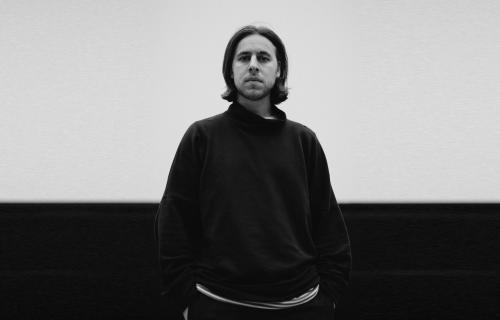 In 2016, Tristan Hallis, better known as DJ Boring, sent shockwaves through the underground when his track “Winona” appeared on the iconic Slav Youtube channel. The track, comprised of simple, melodramatic chords, modulated acidic klangs, a syncopated, chilled out 909 groove, and a sampled Winona Ryder interview, not only changed the landscape of house music, but seemed to define dance music for a new generation.

In the sampled interview, Ryder earnestly says, “It is difficult to be judged, to be reviewed…I was in the middle of doing a reading and she stopped me and said, listen, you are not pretty enough to be an actress. You have to find something else that you want to do.”

“Winona” captures not only the forelorn of the modern music producer, but the sentiment of a generation. In an era defined by insecurity and judgement, and in a scene where few seem to make an imprint, it seems there is no hope. Like Ryder, however, Hallis can now look back from his current success, and remember the times when people told him he couldn’t do it.

Hallis’ abilities are beyond simply being able to write clever melodies and stomping rhythms. His unique talent lies in knowing when to pull back, when to go all in, when to pause - an instinct that usually takes year of development, and that he further demonstrates with his prowess behind the decks. Since his debut on DJ Haus’ E-Beamz, he has released music on Lost Palms, LPH White, and his newly founded label, Vienna.