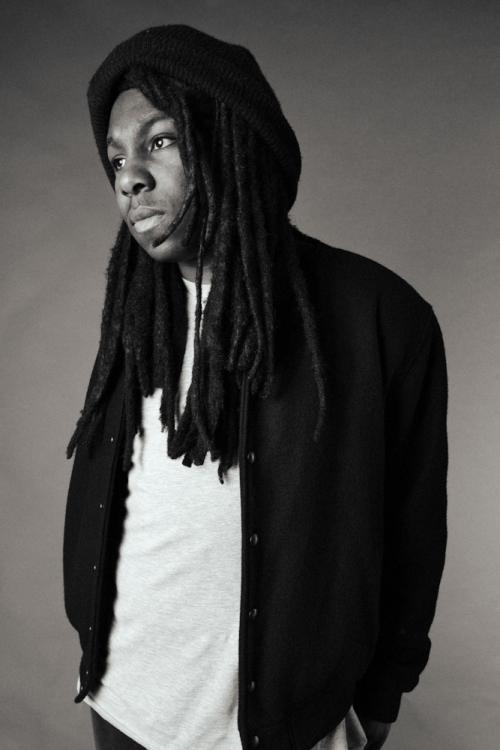 'A New Jack Swing project that got progressively housier', Citizenn is the alias of Midlands-born producer Laurence Blake. The name is simply inspired by a label seen on the bike driven by anime character, Akira, as innocuous as it may sound though, Citizenn is anything but run-of-the-mill.

As one of the house scene's new prodigy's Citizenn has made quite a name for himself in a short space of time, but far from succumbing to his own hype, he's maintaining a cool head and steely gaze on the future. The dreadlocked wonder exploded onto the music scene with a slew of releases via Kerri Chandler's Madtech label, Waze & Odyssey's Street Tracks and London-based party people Love Fever Records. Support for his music has come from far and wide, with Radio 1's Pete Tong throwing his weight behind him as well as many of his peers and, of course, the godfather Mr. Chandler.

Though he started out as a drummer, he quickly progressed into more computer-based composing as the self-confessed control freak shunned playing in bands to begin taking charge of his own musical endeavours. “I wanted to be in full control of the music I was making, rather than being the rhythm behind it,” he says. Working alone allowed him to fully unleash his creativity. “If I'm not being creative, I feel lost,” he admits. In fact, that innate urge has led to some impressive achievements with his side projects, as well as his musical endeavours.

Having spent his youth in his hometown Nottingham, Citizenn headed south to London for university where he turned his hand to Fashion Marketing and began putting on his own disco nights, called Glastique, at Bungalow 8 and the Dalston Superstore – these parties providing a platform for him to showcase his DJ skills and indulge in his musical tastes. The disco music policy was soon abandoned for House and House, in turn, made way for Garage as Laurence explored his roots through the events. Music, he says, was always a constant presence in his life; a companion, a support, a guardian angel – and, inevitably, it has become his main focus.

Before his solo career really began to take shape he was “messing around” producing for others and finding his way, creatively, before he finally began to make his own music. “It took a long time for me to get confident enough to say, 'I can actually do this, this is the sound I want to put forward, this is how I feel about music right now'”, he reveals.

After seeing the video for Bicep's $tripper he decided to send a demo to Alex from Love Fever Records, Room Service, which was instantly snapped up. Just before that he'd had an earlier release signed to Madtech, and since then things have skyrocketed – from his first Madtech signing the Deep End EP, to Room Service, So Submissive up to his more recent Trax EP, the second release with Love Fever. In correlation to his production success, DJ gigs around the world have come in thick and fast and, initially, proved to be a slight distraction from the creative process – though he's been quick to adjust and get a handle on things. In fact, he's managed to regain control to the point where he's in the process of putting together an album project for 2020 Vision. “I'm getting myself into that headspace where not every track has to be a banger, working with artists who are blowing up, vocalists – pulling in all my influences and making it into a unified whole,”, he says. The album's concept centred around Citizenn's idea of his dream gig, in an intimate, sweaty basement packed full of ravers and one special DJ rolling out an absorbing, eclectic set full of peaks and troughs, from slow moments to hands-in-air euphoria. A dream shared by many, no doubt.

Never one to remain stationary for very long, Citizenn's ambitions stretch beyond his current success, planning to evolve his sound beyond the forthcoming album building on the foundations he's already laid down. Finding clarity within the circus that become one's life as a successful musician is never an easy task, but Citizenn is a man who's taken control of the beast and is riding it into the sunset...